Embracing JavaScript for Web development and beyond

Embracing JavaScript for Web development and beyond 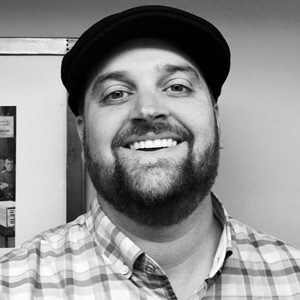 The scripting language, buoyed by the popularity of Libraries such as jQuery and Frameworks like AngularJS and Node. JS, has seen an explosion of popularity over the last few years. Since 2013, the GitHub code repository has hosted more JavaScript projects than any other language. A lot of this success can be attributed to the low learning curve and ease of use; the language reads so much like English that often times code comments can seem unnecessary.

JavaScript was created by Netscape in 1995 and added to their Navigator browser in that same year. But it was not until the mid-2000s that the language really saw a boost in usage. Initially created as a client side scripting language, it had intense standards fragmentation issues early on in its life (as did many other web technologies) with Microsoft, Macromedia, Mozilla and other stakeholders arguing for and against various standards implementations.

In 2005 the term Ajax was coined by Jesse James Garnett, founder of Adaptive Path, in his published white paper explaining usage of JS as a backbone technology for creating dynamic web applications. This leads to an explosion of usage and the creation of several very popular community libraries such as jQuery, Mootools, and Prototype. Indeed, it is truly a community driven language and because of that, there is no shortage of developer talent.

Where the Libraries started the Frameworks followed, including one of the most popular and fundamentally important -Node.JS. It was created in 2009 by Ryan Dahl and others at Joyent. Node.JS marked an important step forward for the scripting language, turning it essentially into one of the first modern complete programming languages, able to excel in frontend and backend roles.

Node.JS, and other backend frameworks, allowed JavaScript to jump off of the frontend and out of the browser. Frontend developers, already familiar with JavaScript, could more easily explore opportunities on the backend and vice versa. MongoDB, ExpressJS, AngularJS, and Node.JS - the MEAN Stack - combined to catapult JavaScript into one of the most used programming languages in 2013. Developers could now leverage the language for full stack development.

This doesn’t just stop at the web though. In the past few years we’ve seen companies like Appcelerator push JS even further. Appcelerator’s Titanium framework allows JS developers to create native, multi-platform apps for iOS, Android, Blackberry, Windows 10, Tizen, and Web all from one JavaScript codebase. Recently we’ve seen Node. JS’s reach extend to the Internet of Things as well – proving that JS can be a good fit almost everywhere. That’s a lot of flexibility!

JavaScript attracts a huge number of developers. It’s accessible to new developers or to those that are already versed in another language. JavaScript is applicable to the whole stack, making it easier to find qualified development talent than other languages. Developers can create web applications almost entirely from JavaScript and allows for a more simplified code base, which in turn delivers a lower cost of ownership for the organization.

This trend shows no signs of slowing down either. Enterprise application development is starting to pick up as well. Microsoft’s TypeScript superset of JavaScript has seen a huge increase in popularity. Bridging the gap between developers that are more comfortable with compiled languages, classed based object oriented programming, and static typing. Amazingly Microsoft and Google have teamed up on Google’s AngularJS framework version 2 update. That will be written using TypeScript.

As JS has become commonplace, these companies have realized the importance of the language and have proponents for adoption of new universal standards. The latest of which was approved in June 2015, ECMAScript 6. It provides the common foundation for the future of the language and ES6 is chock full of new goodies to win over even more developers. Classes, modules, promises, literals, arrow functions are all new to standard JavaScript.

All of this change directly benefits the development community and your organization’s development team’s effectiveness. A JavaScript developer can fill the specific need for an Objective-C expert to write your iOS app. Having a C# or PHP developer to create the backend to your website, can now be in Node.JS and owned by a JS developer. Ultimately it cuts down the noise, allowing you to get every-one in one room speaking the same language. A frontend developer can read Node.JS code and get a quick idea on what is going on while a backend developer can debug an issue in an AngularJS frontend code. This type of interoperability between team members leads to a more tightly collaborative environment. We all want fewer bugs and less inefficiency in the Multilanguage development process. When all sides have a clearer understanding of everything that is going on, both the development team and the business thrive.

Hybrid Work Has Forever Changed The Need For It In Ramboll

How T-Mobile brought an Un-carrier approach to tech hiring

Great Expectations: Balancing the diverse needs of a city in a...

"Discovery and Delivery" - An Approach to IT Workload Balance